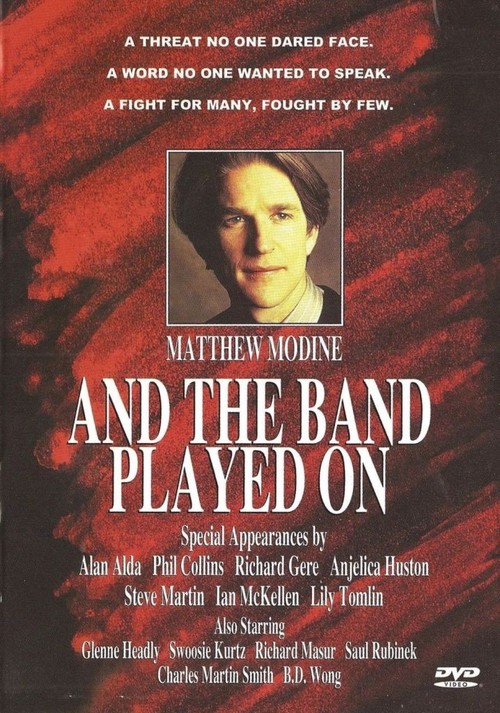 And the Band Played On

Investigating the source of a mysterious illness that appears to plague sexually active gay men, government virologist Dr. Don Francis (Modine) soon becomes immersed in the hunt for clues about where the virus originated and how it is transferred. While he works doggedly to find an answer, his glory-seeking colleague Dr. Robert Gallo (Alda) engages in a bitter, heated race with a French research team to find and take credit for naming the dreaded disease.

Adapted by Arnold Shulman from Randy Shilts's controversial nonfiction book, this first-rate made-for-cable drama captures all the ugly in-fighting, government indifference, and personal conflicts of researchers at the Centers for Disease Control seeking to identify the HIV virus. But it also sheds light on the personal suffering of the gay community, a marginal, nearly voiceless group in the early '80s. With an all-star cast including Modine, Alda, Angelica Huston, Lily Tomlin, Steve Martin, Richard Gere, Bud Cort, and many others, "Band" is an engrossing chronicle of an anxious time, part medical thriller, part slice-of-life melodrama.