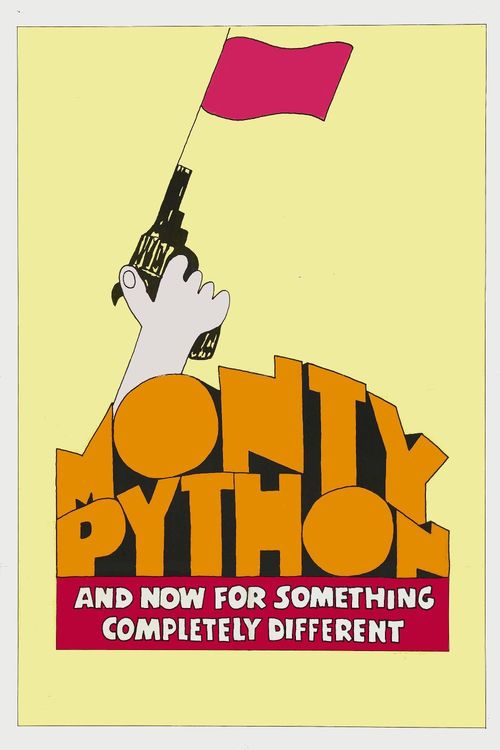 And Now For Something Completely Different

Filmed on location in a variety of British settings, this feature-length movie reworks the funniest sketches from the cult BBC comedy program "Monty Python's Flying Circus" — including now-famous bits on transvestite singing lumberjacks, upper-class "twits," hell's grannies, a killer joke, and how to protect yourself against someone armed with fresh fruit. Each priceless routine is performed with punchy, exhilarating glee.

Silly, madcap, and irrepressibly fun, Ian MacNoughton's celluloid reprise of the very best Python sketches is a nonstop gauntlet of guffaws for die-hard fans, and for newcomers, a hilarious introduction to the troupe's surreal, anarchic brand of British humor. Graham Chapman, John Cleese, Eric Idle, Terry Jones, Michael Palin, and animator Terry Gilliam are all on hand, lending their mercurial blend of manic energy and brainy, off-kilter banter to this big-screen affair. If you're in the mood for sublimely goofy humor, go for something "Different."

And Then There Were None