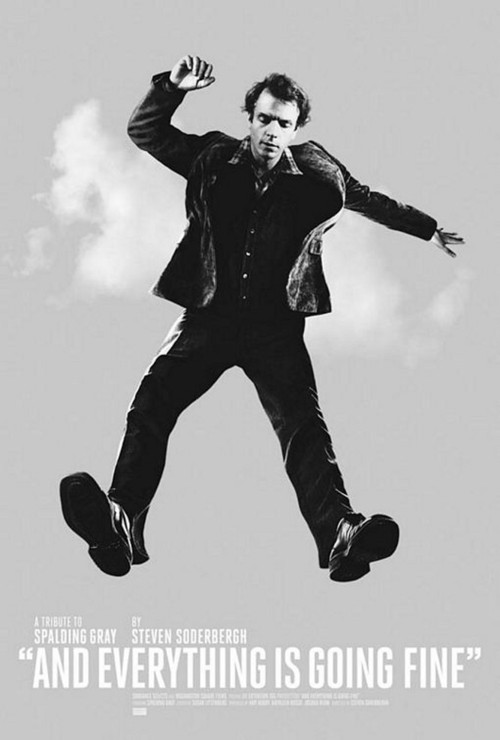 And Everything Is Going Fine

The celebrated, late raconteur Spalding Gray ("Swimming to Cambodia") delivers what amounts to a posthumous performance in this "found footage" monologue edited together by Soderbergh. As the director exposes clips from past one-man shows and interviews with Gray and his father, a semi-autobiographical portrait emerges. We watch as Gray himself recounts his life story, from a childhood in Barrington, Rhode Island to the car accident that caused him chronic pain later in his life. Throughout, he weaves in themes of mortality, fatality, and chance into a fascinating, bittersweet oral history.

Culled from about 90 hours of raw material spanning a quarter century, Soderbergh evokes the essence of a highly complex man. Gray was at once a quirky genius, incisive wit, and troubled family man. He talks candidly about intimate life events, including his mother's suicide. He wonders aloud whether he embellishes the truth for artistic merit. He eerily alludes to his own mortality. Gray admits to "liking to tell the story of my life, more than living it," which is chilling since he'd go on to commit suicide in 2004. Don't miss this fascinating and illuminating tribute to Spalding Gray: the man and the artist.

And Now For Something Completely Different