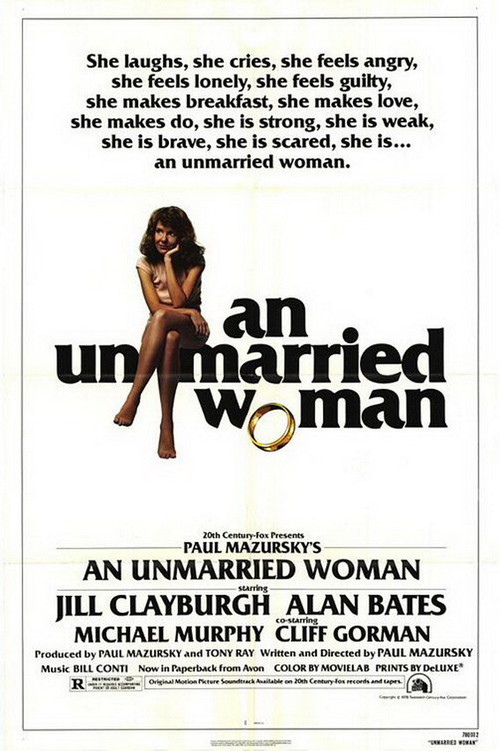 Living comfortably on Manhattan's Upper East Side with her daughter and lawyer husband, Martin (Murphy), Erica Benton (Clayburgh) seems to have it all. So she's understandably devastated when Martin announces he's leaving her for a younger woman. Suddenly forced to adjust to life as a single mom, with all the freedom and hardships that independence entails, Erica must learn how to be self-sufficient — and how to love — all over again.

Driven by a compelling performance from lead actress Clayburgh, who was nominated for a Best Actress Oscar, Paul Mazursky's sensitive drama transcends the so-called "woman's film" in presenting a perceptive and touching portrait of contemporary femininity. After a shattering split-up lands her in the open market, Erica's affair with a soulful painter, touchingly played by the scruffy Bates, teaches her how to invest emotionally in another person without submerging her own identity. "Woman" offers a warm, human, often comic look at feminine self-reliance that still resonates. Don't miss this spiritual precursor to "Sex and the City."