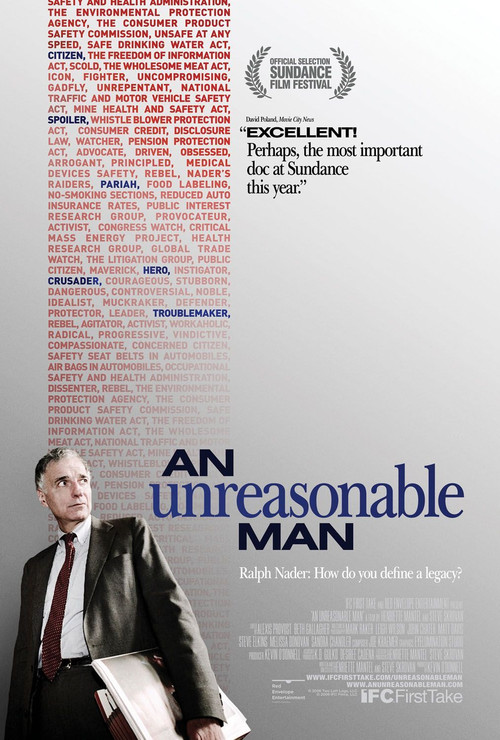 Via interviews with Nader and his closest associates, this feature takes the measure of a man who single-handedly created the notion of watchdog consumer advocacy in the late '60s, becoming a celebrity and hero to millions when he took on General Motors. But we also hear from those, like media critic Todd Gitlin and columnist Eric Alterman, who see Nader as a megalomaniac and a spoiler for his role in the 2000 presidential election.

Mantel and Skrovan's illuminating "An Unreasonable Man" takes a fascinating look at the complex legacy of the now highly controversial Green Party candidate. We see the idealistic beginnings of "Nader's Raiders" in the heady '70s, relive the glory days when Nader could bend the ear of the Carter administration, and witness his passionate and tireless activism on the part of everyday consumers. Clips and interviews with Michael Moore, Phil Donahue, Mark Green, and many others round out the portrait and bring it up to date, with Nader himself addressing the stickiest questions about his quixotic quest for the White House. Be reasonable and see this fascinating and important film.