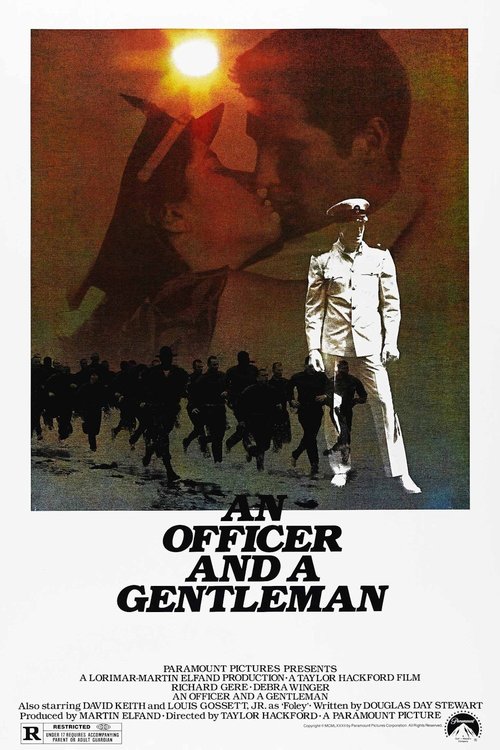 An Officer and a Gentleman

Aspiring to be a Navy pilot, aloof, self-assured Zack Mayo (Gere) arrives at a training camp for a 13-week course officiated by hard-nosed drill instructor Emil Foley (Gossett), who targets cocky cadet "Mayonnaise" for some tough love. Meanwhile, Zack's steamy affair with local working girl Paula (Winger) is hampered by his reluctance to commit, as well as the admonitions of his best pal, Sid (Keith), who's struggling with his own relationship issues.

Though they feuded viciously throughout the making of "Officer," Gere and Winger throw off nothing but sparks in Hackford's still sexy, enthralling story of a selfish guy's maturation into a disciplined man of honor. Oscar winner Gossett is particularly well cast as the abrasive, bullying martinet who knows Zack has the makings of a fine officer, and Keith tugs at your heartstrings as Zack's fellow wingman. Joe Cocker and Jennifer Warnes's hit song "Up Where We Belong" provides an exhilarating nostalgic rush, too. This "Officer" deserves your respect.