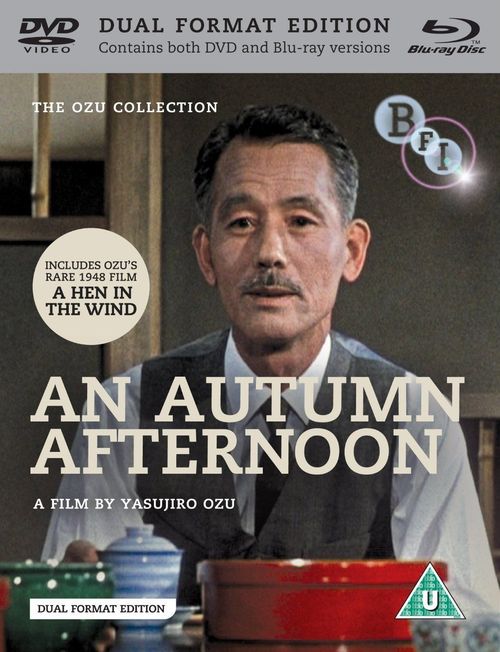 Shuhei Hirayama (Ryu) is a widower in his sixties with three children, including married son Kazuo (Mikami) and 24-year-old daughter Michiko (Iwashita), who lives at home with her teenage brother Koichi. Michiko has a suitor, but Shuhei disapproves, thinking she’s not ready for marriage, at least until he begins to wonder if he is selfishly eclipsing her chances for true happiness.

Master filmmaker Ozu was, over his long career, a magnificently sensitive observer of family dynamics. “Afternoon,” his last film and a rare excursion into color photography, is a touching, intimate, and slightly melancholic film about an aging father who, with a bit of self-reflection and the advice of close friends, tries to do the right thing by his devoted daughter. Ozu collaborator Chishu Ryu is always a gentle, aching presence, and his subtle portrayal here of Shuhei further distinguishes this poignant, beautifully realized domestic drama.