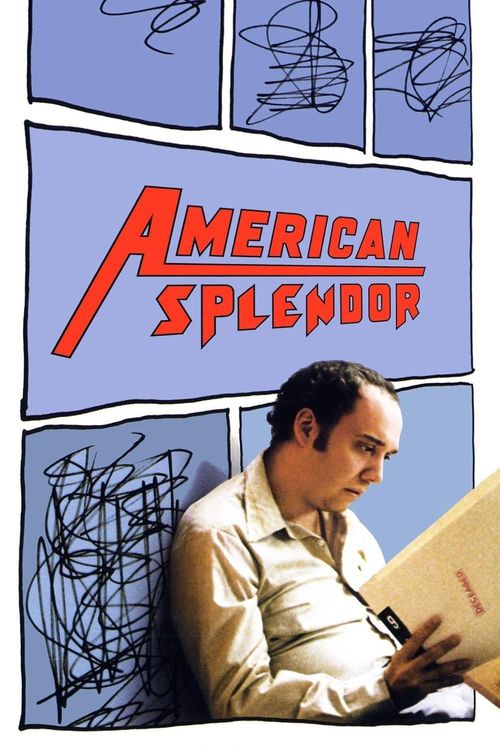 Harvey Pekar (Giamatti) is a mildly depressed file clerk working a dead end job in Cleveland. One day, he asks his artist friend Robert Crumb (Urbaniak) to illustrate his morose, autobiographical stories, and before you know it, his comic book “American Splendor” is a big hit. He then meets and marries Joyce (Davis), a big fan whose likeness appears in his illustrations, along with his friend Toby (Friedlander). As the years go by, he gets to appear on “The David Letterman Show,” and survives a bout with cancer. Intermittently, the real Pekar, Joyce and Toby talk to directors Pulcini and Berman about their strange meta-existence.

First time feature filmmakers Berman and Pulcini blend the real Pekar, the actor playing Pekar (Giamatti), and his comic book incarnations to create a cleverly layered biographical portrait of the artist and the man. Giamatti’s virtuosic performance makes the transitions between him and the real Harvey seem almost imperceptible. It’s also hard to believe that Friedlander’s portrayal of world-class nerd Toby isn’t highly exaggerated; then you meet the real Toby and see how spot-on Friedlander is. Winner of the Grand Jury prize at Sundance, “Splendor” is splendid indeed, in an offbeat kind of way.