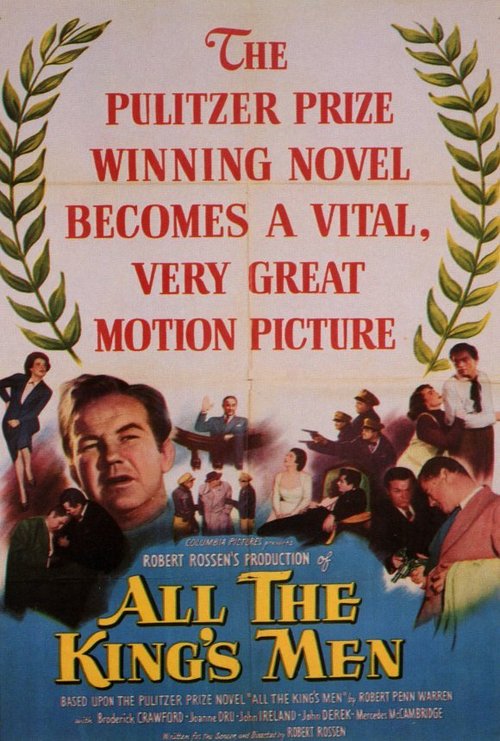 All The King's Men

Known for taking on the corrupt state government, charismatic Southern lawyer Willie Stark (Crawford) is a populist hero in the eyes of journalist Jack Burden (Ireland) as well as voters, who elect him to the governor's post. Once in power, Stark turns out to be as rotten as the rest, despotically ruling the state, cheating on his wife with campaign manager Sadie Burke (McCambridge), and disposing with those who challenge his authority. Somehow, Stark retains his robust public appeal... until his crooked ways catch up with him.

Based on Robert Penn Warren's Pulitzer Prize-winning novel, which fictionalized the life of murdered Louisiana governor Huey Long, Rossen's scathing portrait of corruption and abuse of power remains one of the most compelling films about political demagoguery in the Hollywood canon. At the center of it all is B-movie veteran Crawford, who would never again give the kind of all-or-nothing, powerhouse performance he did here, to the tune of an Oscar. Filmed on location in Stockton, CA, "Men" also won the 1949 Oscar for Best Picture and remains, sadly enough, as timely as ever.

All The President's Men