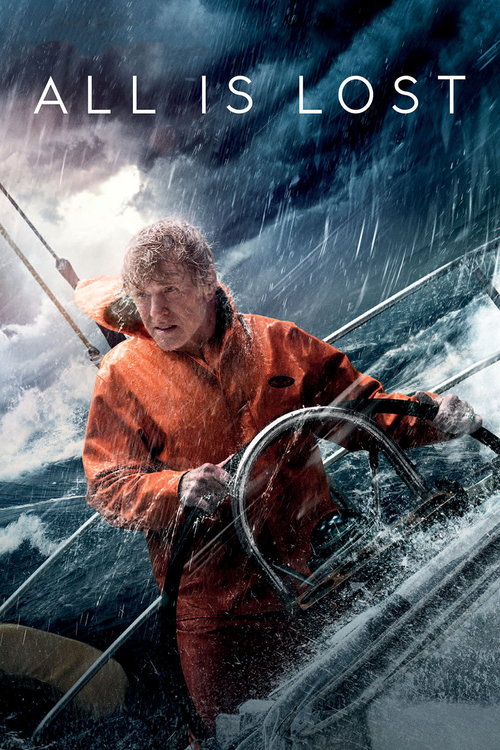 A man (Redford) awakens in the middle of the Indian Ocean to find that his luxury sailboat has been side-swiped by a shipping container adrift in the water. With a gaping hole in her hull, and his navigational instruments damaged beyond repair, he sets about charting his course the old-fashioned way. But a huge storm is brewing, and his problems quickly multiply. As time drags by and his prospects grow ever bleaker, he’s increasingly forced to draw on his innate ingenuity and unshakable will to live. But will that be enough to save him?

"Lost” involves a near wordless script, a lone actor, and water, water everywhere. It all adds up to a riveting exploration of man’s drive to survive at all costs. Redford draws on a lifetime of iconic roles to play the seasoned sailor doing everything he can think of to make it to the next day. Rarely has his weathered face and resolute aura been used to better effect. Director Chandor (“Margin Call”) focuses on the technical details of survival —  using a sextant, creating a water system, finding food — and lets the suspense build purely from Redford’s subtle performance. No special effects, no melodrama; just taut, precision filmmaking from a gifted director.