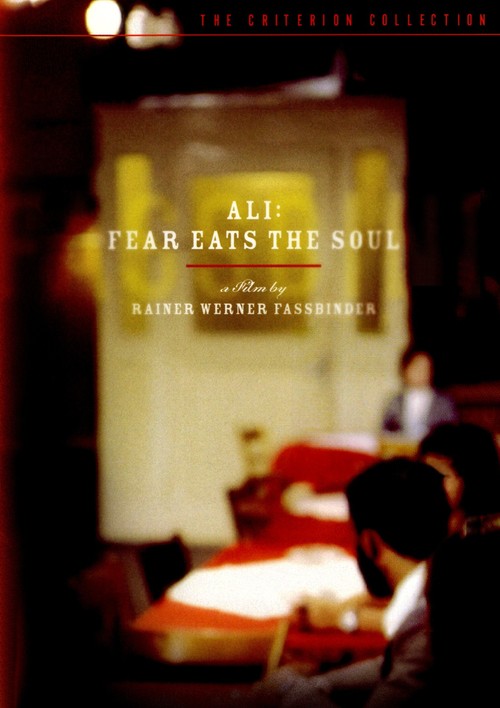 Lonely, dowdy German cleaning lady Emmi (Mira) enters a bar catering to Arab immigrants one evening and dances with handsome, strapping Moroccan mechanic Ali (Ben Salem), a much younger man. Despite their age difference, the two hit it off and Ali moves in, over the venomous protests of her adult children. Prejudice then bubbles up all around the couple, from Emmi's co-workers, neighbors, and even a greengrocer who refuses to serve Ali. Will their love survive?

A scathing satire on romance, racism, and German-Arab relations, Fassbinder's "Ali" is a brilliant reminder that love can soothe only when it is sanctioned by a social community. Inspired by Douglas Sirk's 1955 "All That Heaven Allows," the film deals with human vulnerability and the alienating effects of isolation due to age, class, and one's skin color, glimpsing a tender but troubled relationship between two outcasts. Mira, one of Fassbinder's favorite actresses, is simply heartbreaking as Emmi, a 60-ish woman with a realistic outlook on sex and love. Achingly intimate and peppered with poignant humor, "Ali" is one of the writer-director's most soulful works.