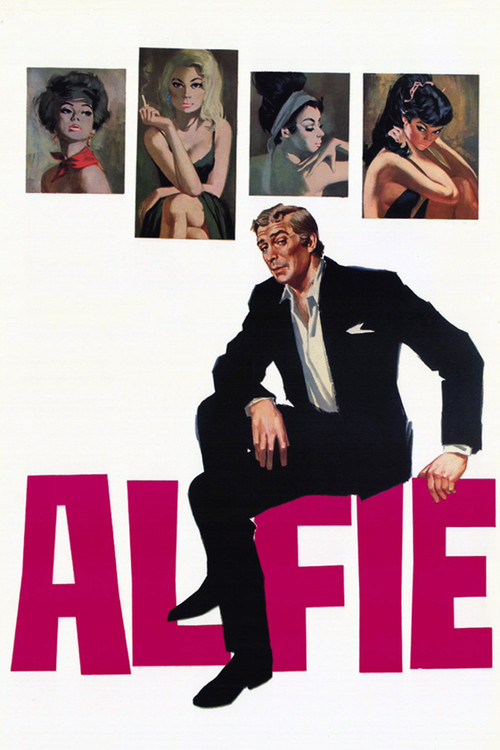 Self-styled English playboy Alfie (Caine) is crazy about women, and often indulges himself without an ounce of shame or sense of responsibility. Upbeat but completely lacking in self-awareness, Alfie behaves like a cad when he learns his live-in girlfriend, Gilda (Foster), is pregnant, and selfishly pursues other birds, including Lily (Merchant), a married woman. But Alfie's carefree, happy-go-lucky days can't last forever, can they?

Based on the play by screenwriter Bill Naughton, director Lewis Gilbert's "Alfie" is a black comedy of mores and manners about a naïve womanizer who wonders, as in the title song, "What's it all about?" Caine, in a star-making role, is sensational as the charming but emotionally clotted Alfie, whose hilarious asides to the camera leaven the film's heavier moments. Just as good is a brassy Shelley Winters as Ruby, a seductive vixen who turns Alfie inside out. The film benefits from the palpable electricity of London in the swinging sixties, but even today, Gilbert's unsparing riff on the emptiness of sexual conquest still resonates.