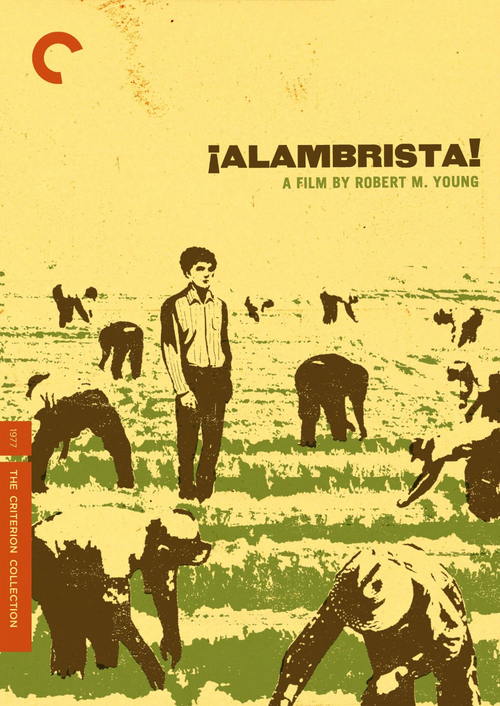 Mexican farmworker Roberto Rodriguez (Ambriz) leaves his wife and infant daughter to look for work in the United States. He joins up with a group of itinerant, illegal workers and is befriended by the outgoing Joe (Silva). Together they go where the work takes them, performing backbreaking labor for a few dollars a day. One day, Roberto meets diner waitress (Gillen) and begins an affair with her. However, when la migra (immigration police) show up on the scene, he must continue his flight. Eventually Roberto is forced to face the reality of his future in America.

Young's first feature film is informed by his prior work as a social documentarian: he spent a full year living among migrant workers in the Southwest to gain insight into the plight of illegal immigrants. As a result, his film feels bracingly authentic, enhanced by the use of handheld cameras, an improvisational shooting style and many non-professional actors. Protagonist Ambriz, with little dialogue, expresses much with his eyes and hesitant body language, while the more gregarious Silva provides welcome moments of levity in an otherwise bleak portrayal of life on the road. Veteran character actor Beatty has a small but pivotal role, and watch closely for Olmos in one of his first film appearances. This low-budget, groundbreaking docudrama was honored with the inaugural Camera D'Or at Cannes. Its continuing social relevance makes it even more essential viewing today.