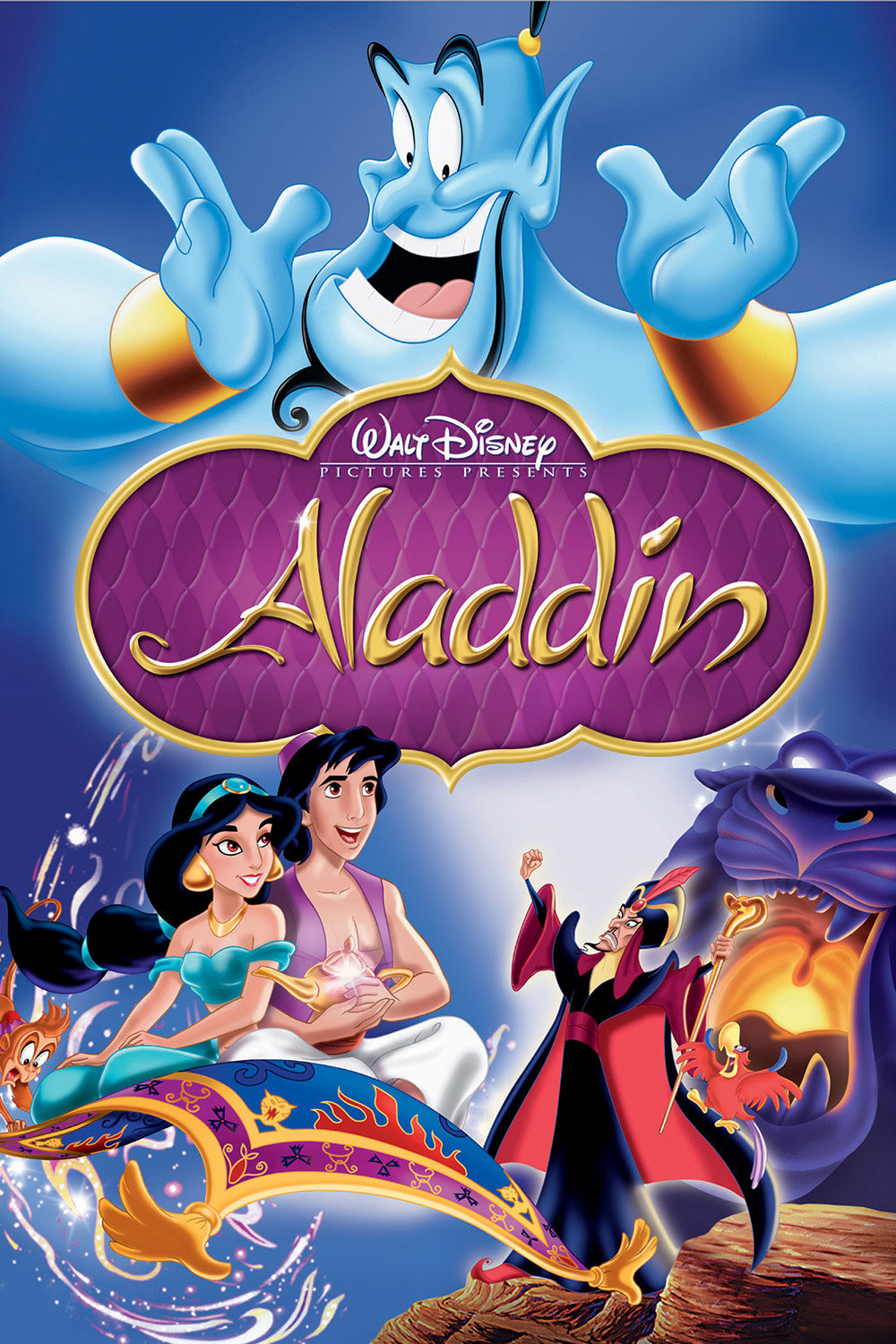 After freeing a gregarious and deeply grateful genie (Williams) from a bottle, street urchin Aladdin (Weinger) enlists him to help a gorgeous sultan's daughter, Princess Jasmine (Larkin), who's in a real fix. It seems she's run away from the palace because her father has decreed she's got just three days to find a suitable prince to marry. Given these conditions and his own lowly origins, how will the besotted Aladdin ever win her hand? His only hope lies in foiling the plans of evil wizard Jafar (Freeman), who covets both the princess and her father's kingdom.

Following up on the success of "The Little Mermaid," this handcrafted animated reworking of the Arabic fairy tale by the Disney team features a perfect blend of magic carpet ride fantasy, romance, and of course, a toe-tapping songbook courtesy of Alan Menken. But the biggest attraction is Williams, in full manic mode as the witty, motor-mouthed, hilariously punchy bottle spirit. Most of his one-liners will fly past younger viewers, leaving adults to appreciate the zip and zing of his pop-culture-referencing lampoons. See "Aladdin" with or without the kids; its whirlwind pleasures are universal.