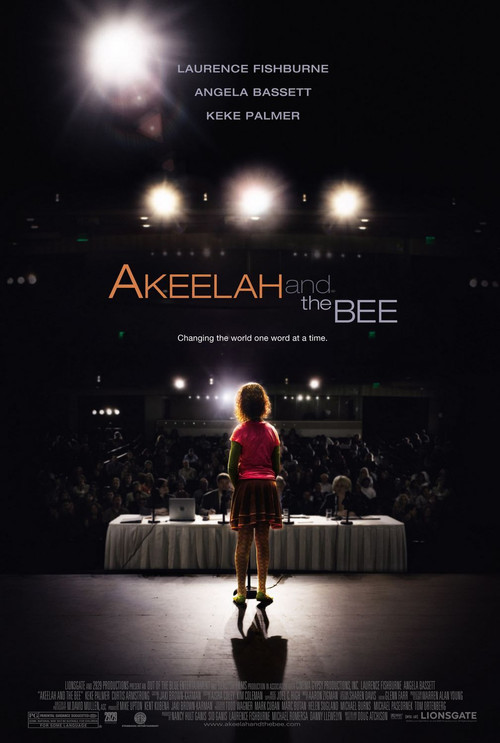 Akeelah and the Bee

Akeelah (Palmer) is a bright 11-year-old African-American student being raised by her mother Tanya (Bassett) after the death of her father. Encouraged to enter the school spelling bee, Akeelah proves she has brains and talent, but faces a bigger hurdle when she makes it to the statewide challenge. Under the tutelage of hard-driving English teacher Dr. Larabee (Fishburne), Akeelah learns to believe in herself in a contest dominated by children of privilege, then must face the misgivings of her mother, who feels the effort is distracting Akeelah from her studies.

Atchison’s family drama is a lovely movie featuring a spunky inner-city underdog (superbly played by young Palmer) you can’t help but root for. Fishburne is excellent as Akeelah’s severe yet well-intentioned mentor, conveying authority and intelligence to offset his emotional reserve, while Bassett pulls off a tough role as a mom reluctant to get behind her daughter’s strivings, even when she reaches the National Spelling Bee. Solid acting, a smart screenplay, and sensitive direction distinguish “Akeelah and the Bee,” a family film with a great message for younger viewers about the value of persistence and facing challenges head on.