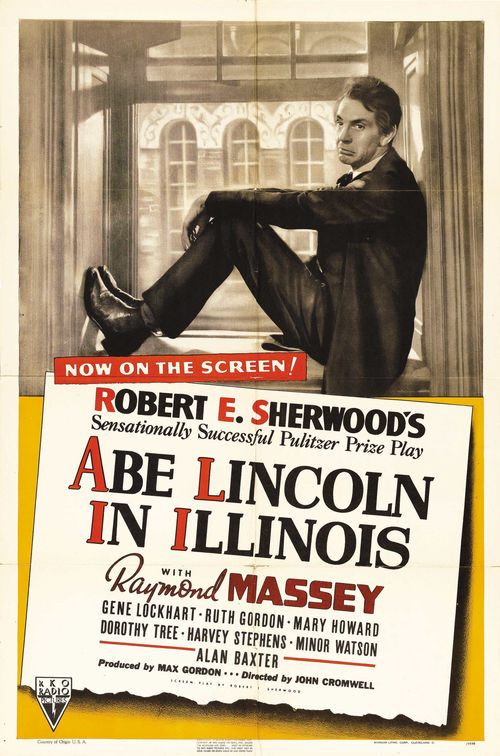 Abe Lincoln (Massey) doesn't want much from life except to live simply; perhaps find love, get an education, settle down and have a family. Yet his fate would turn out to be far different. A chance encounter with a lovely girl, Ann Rutledge (Howard) on a trip downriver from his backwoods home leads him to settle in New Salem, where his popularity quickly finds him thrust into the political limelight. After a stint in the Illinois legislature leaves him soured on the political life, forces around the future statesman arrange to put him on the path to his destiny as American president.

Based on a Pulitzer-winning play, but never less than cinematic thanks to James Wong Howe's gorgeous camerawork, Abe Lincoln is a gripping account of the making of a great man. Reprising his stage turn, Raymond Massey's Oscar-nominated performance as Lincoln is definitive; his supporting cast includes the terrific Ruth Gordon as ambitious, driven Mary Todd and Gene Lockhart as Lincoln's nemesis, Stephen Douglas. Director Cromwell never shies from depicting the great man's famous complexities and insecurities, and the result is a film that convincingly shows just how close he came to never attempting the presidency at all. The election night drama will have you on the edge of your seat. Terrific viewing for history buffs, or anyone at all interested in the man and myth that is Lincoln.