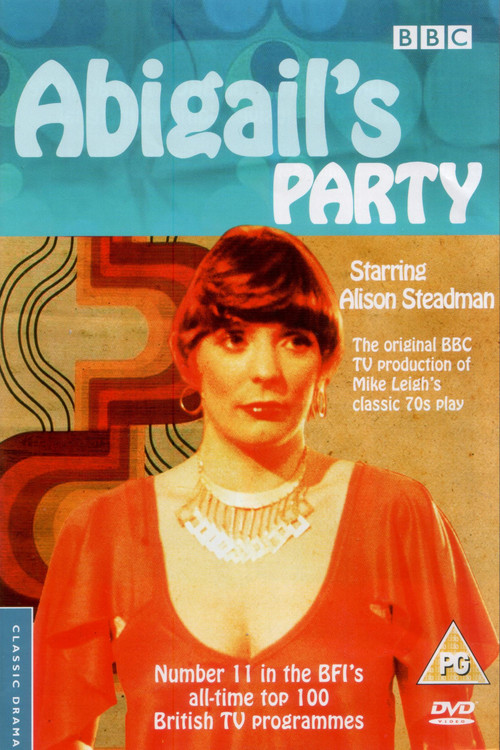 Obnoxious middle-aged tippler Beverly (Steadman) has invited over some of her neighbors for a cocktail party, and is annoyed at henpecked husband Laurence (Stern) for forgetting to pick up the lager — and then for sprinting off on a business errand. Nevertheless, over the course of a boozy, eventful evening, Beverly and Laurence will become all too well acquainted with mousy nurse Angela (Duvitski), her athletic, tightly wound spouse Tony (Salthouse), and gentle, homely divorcee Sue (Reynolds).

Based on a theater play produced for the BBC, Leigh's dark-humored situational farce examines a group of people feebly attempting to have a good time even though they are all secretly miserable. As Beverly, Steadman (wife of the director) is aggressively jolly and controlling, not to mention drunk and openly flirtatious with Salthouse's simmering Tony. For every awkward moment, another drink is poured. This is an ensemble piece, and the interplay between the five actors, confined to a single living-room stage, is exquisitely handled by Leigh. Crash this "Party" for a harshly funny look at failed marriage and the cruelties of passive aggression.