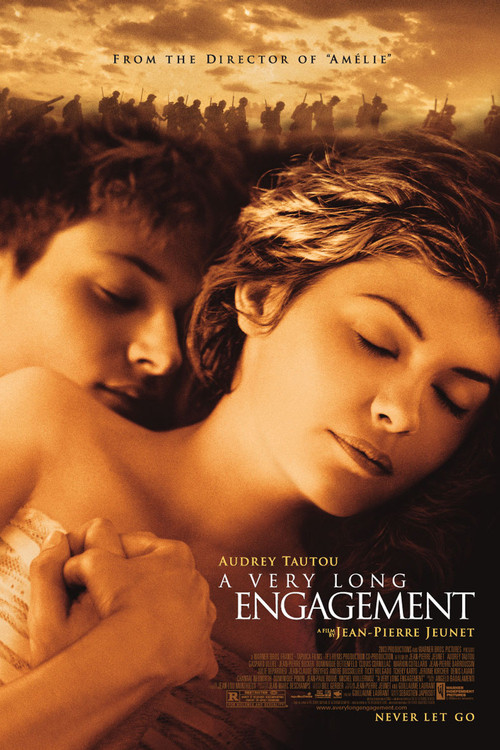 Mathilde (Tautou), a beautiful French girl crippled by polio at an early age, has adored soul-mate Manech (Ulliel) for as long as she can remember. By the time he's called to fight in the horrific First War, they are engaged. When Mathilde hears Manech has been killed in the trenches, her inner steel comes out. She refuses to accept his death, and begins an exhaustive personal odyssey to locate him and determine his true fate.

Equal parts romance, mystery, and anti-war film, "Engagement" is vividly true to its tumultuous period, as Mathilde's seemingly hopeless quest is intercut with gut-wrenching scenes of battlefield carnage. The luminous Tautou is the film's glue; slowly but surely, she seduces the audience so that we would follow her anywhere in her search for perfect love lost. Never contrived, and concluding on a message of hope, this touching film nourishes the soul.

A Walk in the Sun