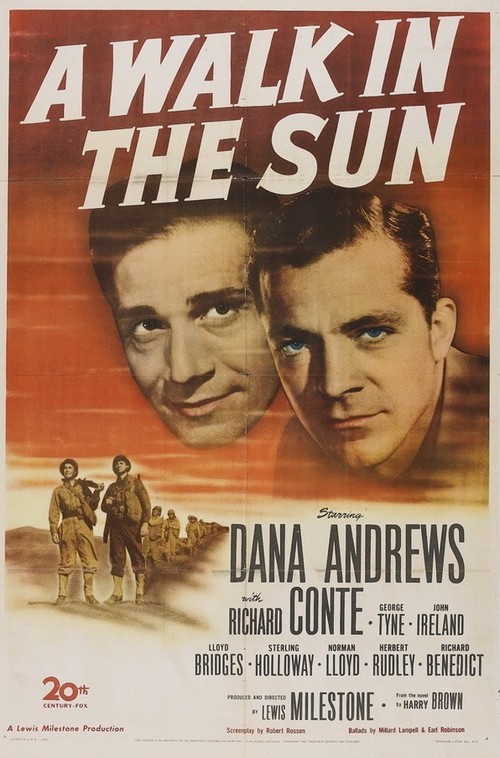 A Walk in the Sun

An Allied platoon led by Sergeant Tyne (Andrews) is assigned to take an Italian farmhouse occupied by Nazi soldiers. As the minutes count down to the beginning of their assault, each of the soldiers under Tyne's command (including Conte, Bridges, and Ireland) dwells on his personal background and the dangerous task they now confront. How does one make sense of an incomplete life that any minute may be cut short?

Scripted by Robert Rossen from a novel by Harry Brown, Lewis Milestone's “Sun” is an interior war film, going fairly light on battle scenes, and instead focusing on the feelings and musings regular men have facing death. They know they are doing their duty, but still grapple with precisely how and why they got there. Captivating in its quiet, lyrical meditation, this is a combat film like no other!