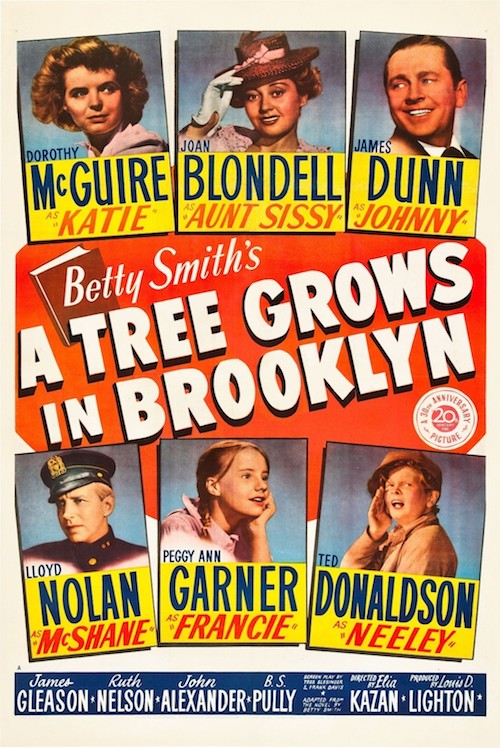 A Tree Grows in Brooklyn

Francie (Garner) is a young girl living with her parents and brother in a Brooklyn tenement at the turn of the 20th century. Francie is smart and kind; she also idolizes her father Johnny (Dunn), a dreamer who can’t kick his drinking habit. Johnny’s wife Katie (McGuire) loves him but despairs at his condition and their impoverished lifestyle. Francie wants to be a writer, and her father bends the rules to get her into a better school. But as money gets tighter, Johnny realizes that something has to give if his family is going to survive.

Kazan’s first film is adapted from the beloved novel by Betty Smith and is one the finest, most heartfelt family dramas ever made. Kazan’s direction is honest and unfussy, with the powerhouse performances doing the heavy-lifting. Dunn won an Academy Award for his portrayal of the idealistic though broken father, and Garner was given a special juvenile Oscar for her remarkable, natural performance. Their on-screen relationship forms the heart of this wrenching tearjerker. Also notable is McGuire as the hardened mother and Blondell as her sassy sister, providing some welcome comic relief. Support from Nolan and Gleason is also top-notch.  Don’t miss this one, but bring plenty of tissues!

A Trip to the Moon