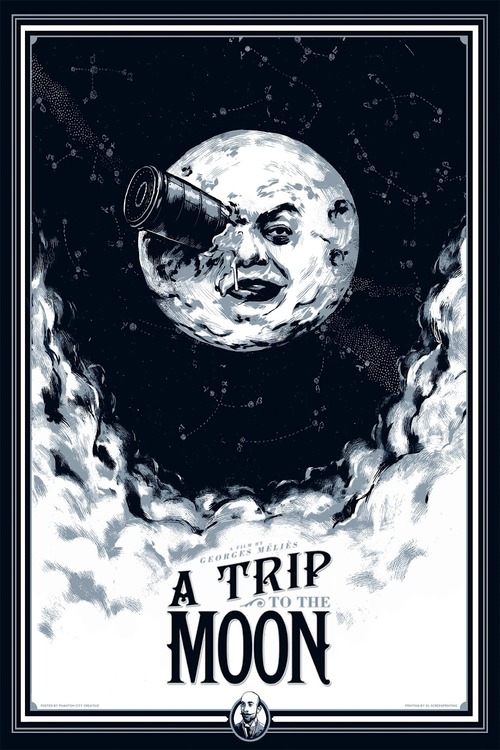 A Trip to the Moon

A team of French scientists decides to build a rocket to fly to the moon. With the help of a bevy of beautiful, bathing suit-clad women, six of them board the rocket, which gets fired from a giant cannon. Once landed, our astronomers disembark and discover a strange lunar landscape and some reptilian extraterrestrials who appear hostile. Will these intrepid explorers make it back to Earth alive?

Here, magician turned cineaste Melies used animation, special effects, and elaborate sets to create what is commonly considered the world's first science-fiction adventure film. It's a surreal journey indeed, and prescient in its portrayal of space travel. All prints were thought to be lost until 1993 when a decomposed copy was discovered and painstakingly restored. The frames were hand painted just as they would have been back in 1902. The latest DVD release is a special edition from Flicker Alley which includes a new soundtrack by the French electro-pop band Air, as well as narration originally written by the director. After more than a century, this imaginative, pioneering masterpiece is still a "Trip" worth taking.