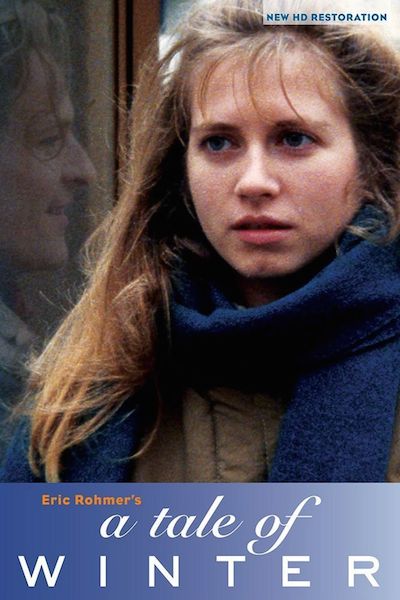 A Tale of Winter

Félicie (Véry) falls head over heels in love with Charles (van den Driessche) during a blissful summer vacation but when they part, she mistakenly gives him the wrong address and they lose touch. Five years later, Félicie is living in Paris with their daughter and in relationships with two men: Maxence (Voletti), the owner of a hair salon, and Loïc (Furic), an intellectual. Unable to commit to either, she longs for the lost man of her dreams.

In the second of his “Tales of Four Seasons”, Rohmer once again parses romantic entanglements and the interplay of faith and fate. With his trademark intelligent dialogue and forthright female protagonist, the French master crafts a loving ode to the sanctity and power of true love, using Shakespeare’s “A Winter’s Tale” for added texture. Véry shines as the inconstant, yearning heroine in this old-fashioned romance that fizzes with enchanting touches of serendipity.