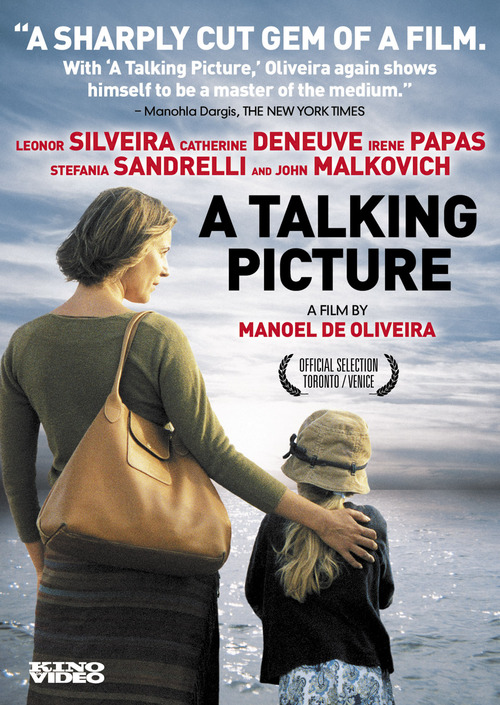 Rosa Maria (Silveira) takes her daughter on a lengthy cruise to meet up with her husband who is an airline pilot in Bombay. Their ship stops in many ports of call along the way, allowing Rosa Maria, who is a professor, to educate her daughter about some of the great landmarks of Western Civilization. Later in the cruise, the pair are invited to join Captain John Walsea (Malkovich) at his table, where the witty, sparkling conversation switches casually between languages and topics. The other guests of the Captain include a former model from Italy (Sandrelli), a Greek singer (Papas) and a French businesswoman (Deneuve). All seems to go according to plan on the cruise until a shocking and sudden final twist.

Manoel de Oliveira ("I'm Going Home") may be over 100 years old, but he shows no signs of slowing down in this witty, urbane comedy of culture. The classical education Rosa Maria imparts to her daughter will be valuable for any viewer, as these lessons are both lively and meaningful, featuring some of the greatest sights of recorded Western history. The film's transition from travelogue to conversation piece is seamless, and dinner at the Captains table offers generous quantities of that increasingly rare commodity — erudite dialogue. It doesn't hurt that much of it is spoken by a wonderfully sardonic Malkovich and a trio of iconic European actresses. "A Talking Picture" is great adult fun.

A Taste of Honey