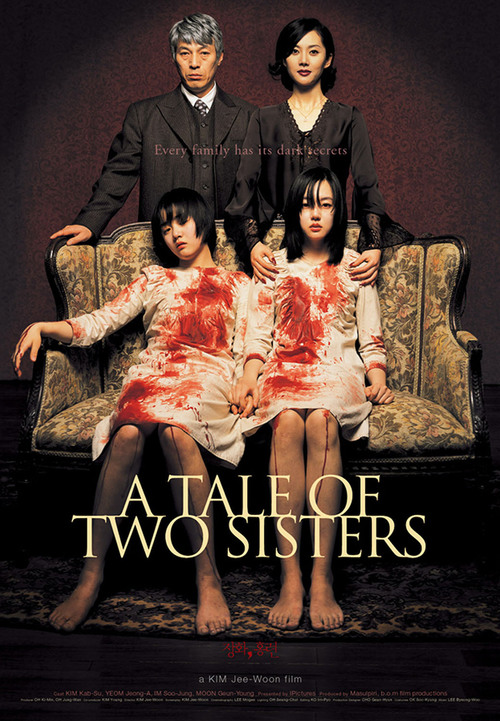 A Tale of Two Sisters

Sisters Su-Mi (Su-jeong Lim) and Su-Yeon (Geun-yeong Mun) return to their father and stepmother's house after time away recovering from the trauma of their natural mother's death. Several ominous factors are quickly evident: one or both of the girls may have been in a mental hospital; there seems to be no love lost between the girls and their stepmother; and finally, their father's house may be haunted, perhaps cursed by the bizarre event that caused the death of the girls' mother. The plot only thickens from there, and the line between reality and illusion, sanity and insanity, blurs almost beyond recognition.

South Korean writer/director Kim Jee-Woon's psychological horror tale is a chilling, unnerving puzzler. As layer after layer of the dense, twisty story gets uncovered, we gather another small increment of insight into what's behind all the mental mayhem. Visually arresting and extremely well played by the four principals, "Two Sisters" will raise those hairs on the back of your neck. Talk about family dysfunction!

A Tale of Winter