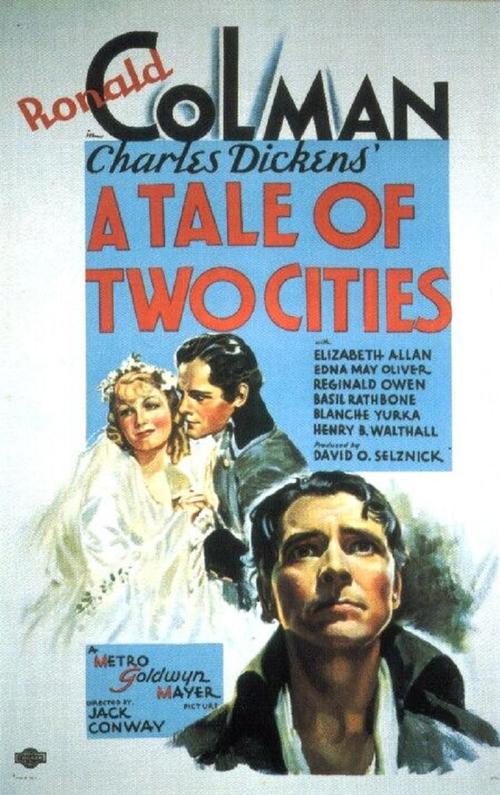 A Tale of Two Cities

During the upheaval of the French Revolution, world-weary London barrister Sydney Carton (Colman) falls secretly in love with Gallic beauty Lucie Manette (Allan), who comes to regard him as a close confidante. When Lucie decides to marry Charles Darnay (Woods), nephew of a tyrannical French marquis, Carton is crushed. But he gets a chance to prove his love when Darnay is arrested in Paris and sentenced to die.

Conway's rich, peerless adaptation of Charles Dickens's famous novel ("It was the best of times, it was the worst of times") succeeds on the merits of its lavish production design and exquisite, tone-perfect acting from the entire cast — overseen, of course, by MGM honcho David O. Selznick. Colman delivers his crowning screen performance as the cynical, boozing Carton, and when he utters the famously cathartic line "It is a far, far better thing that I do than I have ever done," only the most hardened could fail to be moved. Great support from Blanche Yurka, Basil Rathbone, and Edna May Oliver make this a sumptuous gem worth visiting again and again.

A Tale of Two Sisters