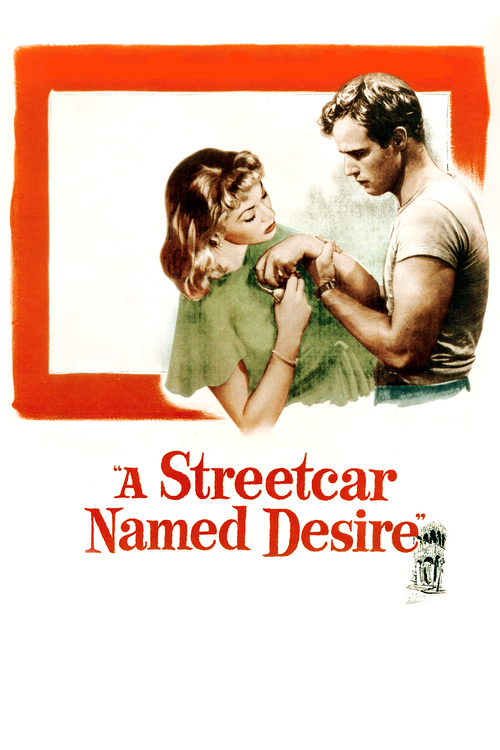 Frayed Southern belle Blanche DuBois (Leigh) arrives in a seedy quarter of New Orleans, where she's arranged to stay with her pregnant sister Stella (Hunter) and coarse, hulking brother-in-law Stanley Kowalski (Brando). Right from the start, Blanche and Stanley are at odds, as he sees through her high-mannered facade to the neurotic, vulnerable woman beneath. Tensions soon escalate, as Stanley sets out to confront Blanche about money and her unseemly past.

Brando's force-of-nature performance in Kazan's "Streetcar" – an electrifying mix of brute physicality and smoldering sexuality – made Stanley Kowalski's infamous bellow a permanent part of pop culture and Brando a household name. But the undeniable strength of this film, adapted from the smash Broadway play by Tennessee Williams, is driven as much by the witty, vivid dialogue and ensemble acting as it is the lead actor's Method work. Leigh, Hunter, Karl Malden, Ruby Bond, and Nick Dennis are all terrific, and Alex North's atmospheric jazz score enhances the tense, combustible interplay. Winner of five Oscars, this "Streetcar" offers an incredible ride.