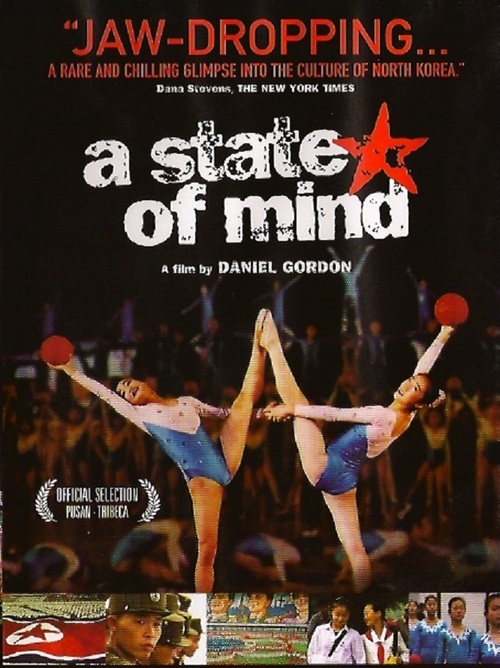 A State of Mind

Giving us a never-before-seen glimpse of the most isolated nation in the world, this eye-opening documentary trails two young North Korean gymnasts (Song Yun Kim and Hyon Sun Pak) who are both training for the 2003 Mass Games, a large-scale Communist pep rally in the capital city of Pyongyang. Following the girls' rigorous lives at home and school, we experience their hopes and frustrations leading up to the day when they're to perform for General Kim Jong Il.

With "Axis of Evil" nation North Korea suffering an image problem in 2003, British filmmaker Daniel Gordon was given an unprecedented opportunity to film his two school-age subjects without chaperones or censorship. Like their peers, Kim and Pak are skilled, accomplished gymnasts—and deeply patriotic, especially in their eerily genuine reverence for Kim Jong Il. Wisely, Gordon never burdens us with his judgments; instead, we watch the girls work, see them interact, and come to our own conclusions. "Mind" is never less than fascinating, but really delivers with its jaw-dropping sequences filmed at the Mass Games — a collective spectacle fusing Busby Berkeley's Hollywood with a Hitlerian Olympic rally.

A Story of Floating Weeds