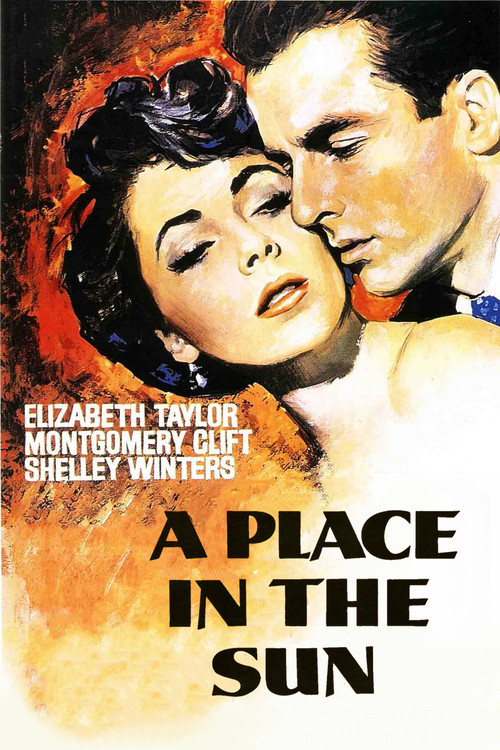 A Place in the Sun

George Eastman (Clift) is the proverbial poor relation who gets a job in his rich uncle's thriving enterprise. Lonely and disconnected socially, he begins an affair with factory girl Alice (Winters). Then he meets gorgeous socialite Angela Vickers (Taylor), and a new world opens up, a world that can't include Alice, who now holds something over George. The desperate young man takes drastic measures to seize his one chance at wealth and happiness.

Veteran director Stevens adapted this multiple Academy Award winner from Theodore Dreiser's famous book, "An American Tragedy." This cautionary tale of a doomed love triangle holds you captive, buoyed by charismatic performances from both Clift and Taylor. Yet the young Winters shines brightest in the most unglamorous of parts, stealing the movie from its photogenic stars, and netting herself an Oscar nod. (Stevens actually won for Best Director). Have your day in the "Sun."