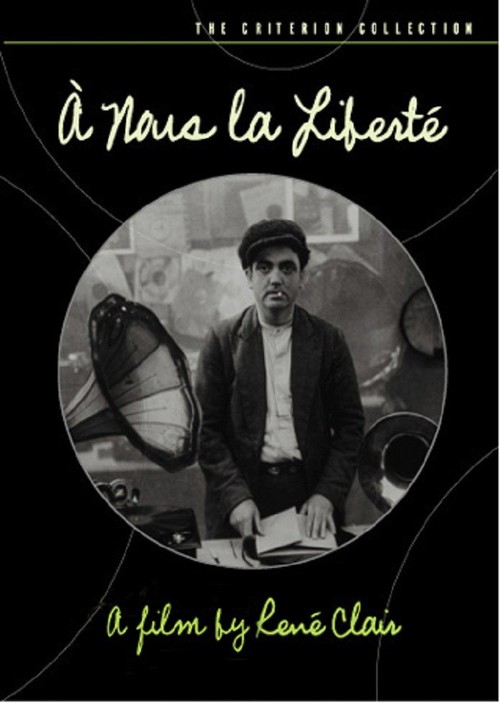 During a botched escape attempt, prison convict Emile (Marchand) is caught while his friend Louis (Cordy) flees to safety. Over time, Louis rises through society to become an industrial magnate at a phonograph factory. Meanwhile Émile, finally released from prison, scrapes by as a vagabond. But the two old friends are destined to meet again. And what a reunion it will be!

A major inspiration for Charlie Chaplin's "Modern Times," Clair's long-disregarded comic masterwork is, like the 1936 film which followed, a brilliant, highly inventive satire on the dehumanizing mechanization of society. In Clair's worldview, these men escape from one prison only to wind up in a different kind of penitentiary — the modern world. Clair's unique vision is salted with wit throughout, both visually and otherwise; his big innovation was the bold, unconventional use of sound (and Georges Auric's incidental music), techniques still being explored and invented at the time. Vive "la liberté"!