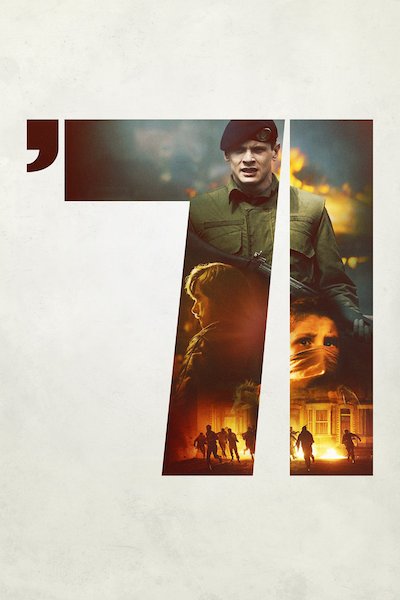 Private Gary Hook (O’Connell) is billeted to Belfast, Northern Ireland at the height of “the Troubles”. On his first day of service, he finds himself in front of an angry mob protesting the brutal tactics of the British soldiers. Separated from his unit, he must survive the night on the angry streets of the city with a blood-hungry faction of the I.R.A. on his heels. The British Army is also searching for him, headed by the undercover Captain Browning (Harris), who may not have Gary’s best interests at heart.

Demange’s first feature is a heart-pounding, kinetic rollercoaster ride that rarely lets up. O’Connell anchors the action with a sympathetic, intense performance as a man fighting for survival against steep odds. A superb supporting cast boosts tension and credibility, notably McKinley as a loyalist boy, and Keoghan as a conflicted paramilitary. Evoking a perfect sense of time and place (the film was actually shot in the UK), Demange’s camera hurtles around the streets with protagonist Hook in this taut, award-winning thriller.