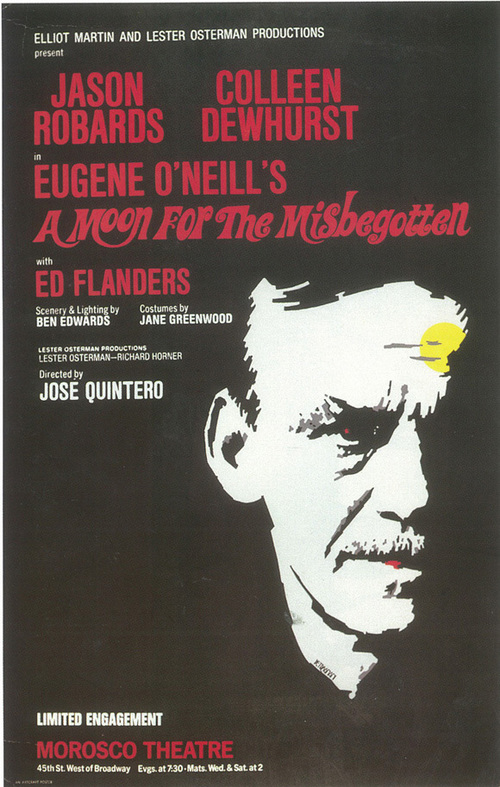 A Moon for the Misbegotten

Jamie (Robards) is a washed-up, alcoholic actor filled with remorse over his squandered life. He earns a pittance renting a farmhouse to Irish immigrant Phil (Flanders) and his tough-minded, no-bull daughter Josie (Dewhurst). Over the course of an evening, Josie engages James in a wrenching conversation about their fears and dreams, managing to find unexpectedly intimate common ground.

Loosely based on the life of his elder brother, Eugene O'Neill’s lyrical headbutt of a drama was a flop when it was first produced in the late 1940s. But Jose Quintero's Emmy-winning production vindicated the playwright in the eyes of critics, who found the galvanic match-up between Robards (playing the soul-baringly honest, self-destructive actor) and Dewhust (as his formidable, salt-of-the-earth confessor) irresistible. Eloquently realized, with minimal cinematic effects, "Misbegotten" portrays disillusionment with all the fierce poetry of O'Neill's incomparable vision.

A Most Violent Year