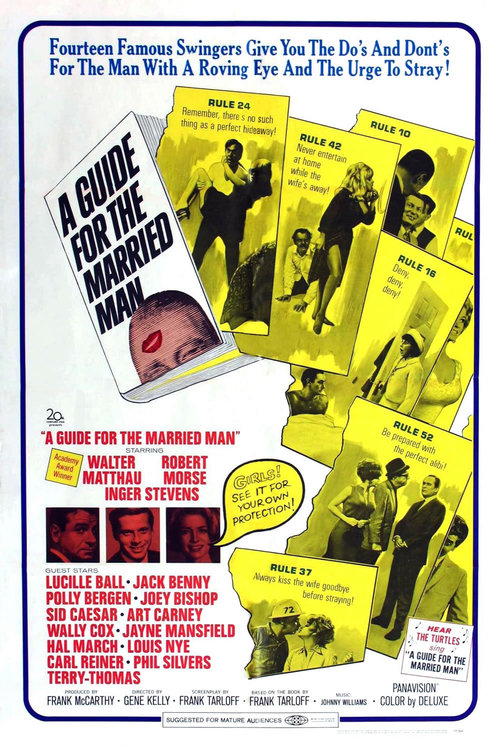 A Guide for the Married Man

This priceless comedy is admittedly dated and politically incorrect in the extreme, but this only makes it funnier today. Director Gene Kelly (yes, that Gene Kelly!) deserves kudos for taking the most delicate of subject matters and toeing the line of good taste like an expert tightrope walker. Both Matthau and Morse are a riot together, but some of those cameos take the cake: in particular, look for the Reiner, Ball and Carney sequences. Also, dig that catchy title tune by The Turtles — like the rest of the movie, it’s quintessential sixties.