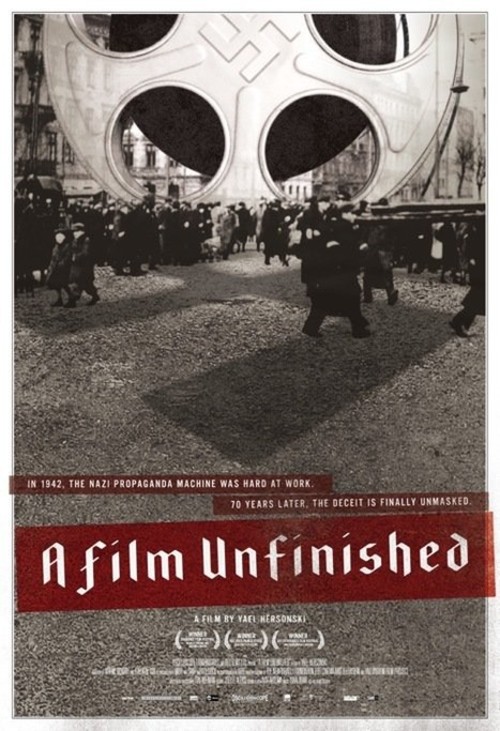 In 1942, the Nazis commissioned “Das Ghetto,” a documentary on life in the Warsaw ghettos that was never completed. Much of the footage was found at the end of WWII and has been cited by some historians as a fairly accurate record of the period. However, years later, more reels were discovered, completely unedited, in an East German archive. This new material included footage of clearly staged scenes in which the Nazis forced their prisoners to act out different scenarios to “prove” their depravity, including stepping over the corpses of their fellow Jews and gorging on food around the starving. Hersonski’s film shows these new sequences in their entirety, along with commentary that sheds light on the Nazis’ ruthless and deplorable propaganda techniques.

Just when you thought you’d seen and heard it all about the Holocaust, along comes this shocking and disturbing film, one that basically rewrites history. It’s fascinating for what it shows — few authentic documents of life in the Warsaw Ghetto exist at all — but also for what it represents, as it helps us understand the terrible power of hate and propaganda. Rather than editorializing or creating unnecessary drama, Hersonski presents the material with considerable restraint. Though the harrowing images speak for themselves, interviews with survivors forced to act in the staged portions of the material add to this doc’s devastating impact. Essential viewing.