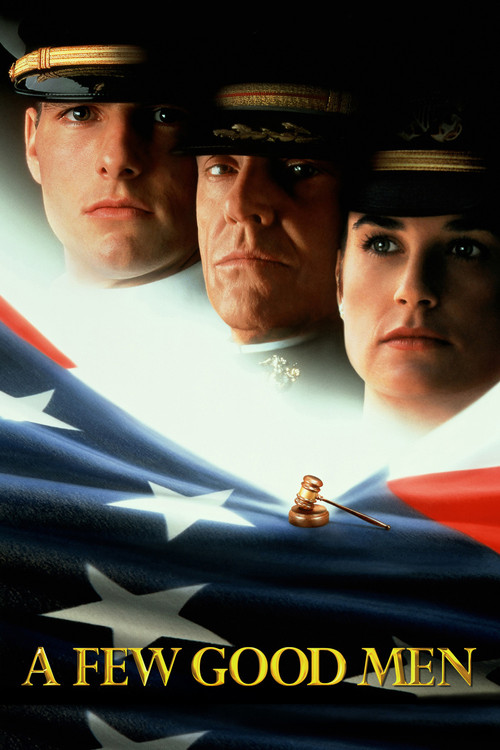 Assigned to defend two Marines accused of murder at Guantanamo Bay, pampered, insouciant Lt. Daniel Kaffee (Cruise) thinks he's dealing with an open-and-shut case, and strikes a plea bargain with prosecutor Capt. Jack Ross (Bacon). But Lt. Commander JoAnne Galloway (Moore), brought in to assist the sharp but inexperienced Kaffee, points out discrepancies in the testimony and convinces him to pursue the case in court. The more they dig, the more secrets they uncover, leading them right up the ladder of top Navy brass.

This engrossing military-legal thriller from director Rob Reiner soars thanks to Aaron Sorkin's gripping, expertly paced script (based on his hit Broadway play) and a brawny, high-wattage cast: Cruise and Moore make a winning pair of legal eagles, Bacon is commanding as Kaffee's courtroom nemesis, and Jack Nicholson delivers one of his most indelible performances as Guantanamo Bay's ranking officer, the arrogant, tough-as-nails Lt. Col. Nathan Jessup, who may or may not know more than he claims. Dealing with illegal hazing, government cover-ups, and the outer limits of military honor, "Men" packs a double-barreled wallop. Can you handle the truth?