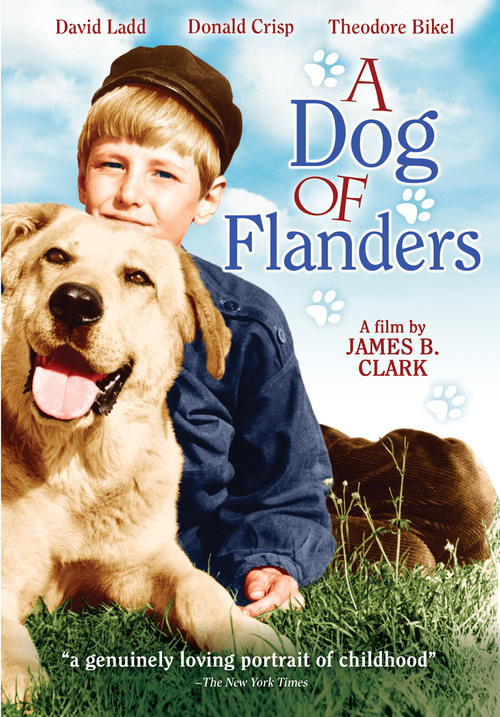 A Dog of Flanders

Nello (Ladd) and his grandfather (Crisp) lead an impoverished and strenuous, yet somehow happy, life selling milk from a handcart in early twentieth-century Antwerp. Their routine is broken when they nurse back to health an abused dog they find half dead by the side of the road. They name him Patrasche after the pet of painter Peter Paul Rubens, and he becomes a ray of hope for Nello, who dreams of becoming a famous artist. But will this special canines company be enough to see the boy through when things take a turn for the worse?

This heartwarming family entry is a sadly forgotten classic. The performances by a young David Ladd (son of actor Alan) and character actor Crisp are warm and credible, and even the canine actor gives a wonderful turn (no surprise, you might recognize this veteran from his starring role in Old Yeller). "Dog" is sweet and straightforward enough for children, yet sufficiently well crafted and meaningful for adults. (Note, however, there are a couple of brief sequences which suggest animal abuse). When people say they dont make 'em like they used to, this is the movie they mean. Make sure to bring enough Kleenex!