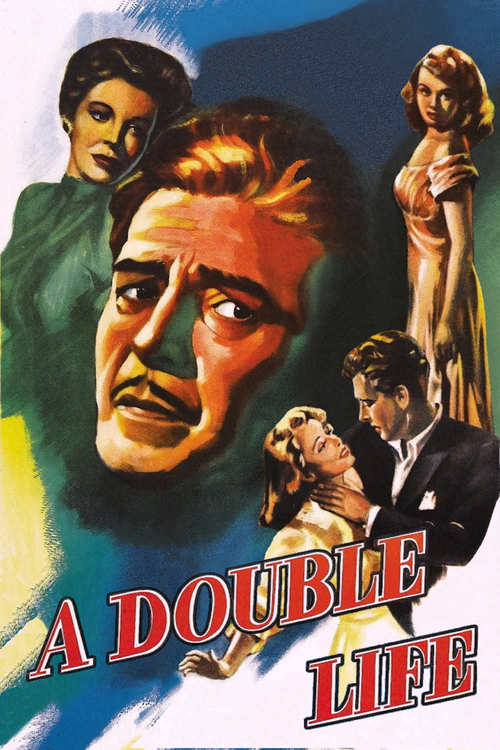 Colman performs an Oscar-winning turn as troubled Shakespearian actor Anthony John, who reluctantly takes on the demanding role of Othello, thus aggravating an emerging mental illness. To make matters worse, Tony is playing opposite ex-wife Brita (Hasso), who may be involved with local press agent Bill Friend (O'Brien). All these turbulent emotional factors finally send Tony off the rails, and he begins acting his dark part off-stage. Unlucky enough to seduce Tony at this dangerous juncture is starry eyed waitress Pat (a beautiful young Winters), who has no idea what she's letting herself in for.

Directed by an Oscar-nominated Cukor, and boasting a literate, chilling script from Garson Kanin and Ruth Gordon, "Double" remains a first-rate psychological shocker. An aging Colman really earns his only Oscar in a complex part reputedly turned down by both Laurence Olivier and Cary Grant, and both Hasso and a sultry Winters score as unwitting flies caught in the web of Tony's diseased mind. See this unnerving feature and you'll never think of Shakespearean tragedy in quite the same way. By all means, run for your "Life."

A Face in The Crowd