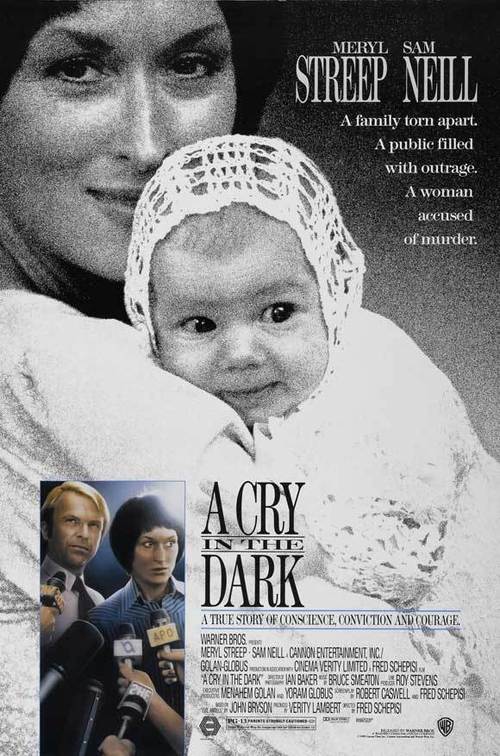 A Cry in the Dark

In 1980, while camping with her minister husband Michael (Neill) in the Australian Outback, young mother Lindy Chamberlain (Streep) discovers, to her horror, that her baby daughter is missing. Anguished but oddly reserved, she maintains to authorities that a dingo (Australian wild dog) dragged off the child as she was sleeping. Prosecutors are not convinced, however, and Lindy suddenly finds herself the target of a vicious public who believes she is a murderer.

Based on the shocking true story of a Seventh Day Adventist and his wife's personal and legal ordeal, Fred Schepisi's poignant, gut-wrenching drama builds on the astonishing performance of Streep, barely recognizable as the timid, aggrieved victim of near-daily assaults in the press. Schepisi builds suspense in the tense courtroom scenes, which are intercut with flashbacks to the camping trip, and never recoils from the lurid aspects of the Lindy witchhunt. With its sympathy for a minority faith and contempt for tabloid excess, "Dark" feels more relevant than ever.

A Day at the Races