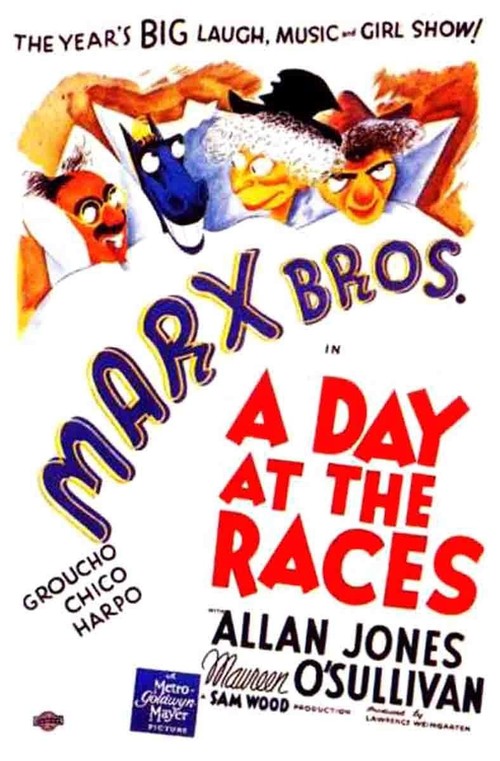 A Day at the Races

Passing himself off as a medical doctor, randy veterinarian Hugo Z. Hackenbush (Groucho) arrives at the Standish Sanitarium where wealthy heiress Martha Upjohn (Dumont) is convalescing, and at her behest, takes charge. The owner, Judy (O'Sullivan), has financial woes, but with the help of Tony (Chico) and Stuffy (Harpo), Hackenbush attempts to save the day — by betting the farm on a racehorse named Hi-Hat.

One of the Marx Brothers' nuttiest farces, "Races" has all the gut-busting gags you'd expect from their follow-up to "A Night at the Opera." The plot isn't as important as the general air of lunacy presiding over the whole affair, as when Groucho conducts a medical exam or Chico tries to sell his "tootsy-fruitsy" ice cream. Opulent sets and choice musical numbers performed by Allan Jones, who plays Hi-Hat's owner, complement the prevailing goofiness. All of it culminates, of course, in a magnificently manic "Day at the Races."

A Decade Under the Influence