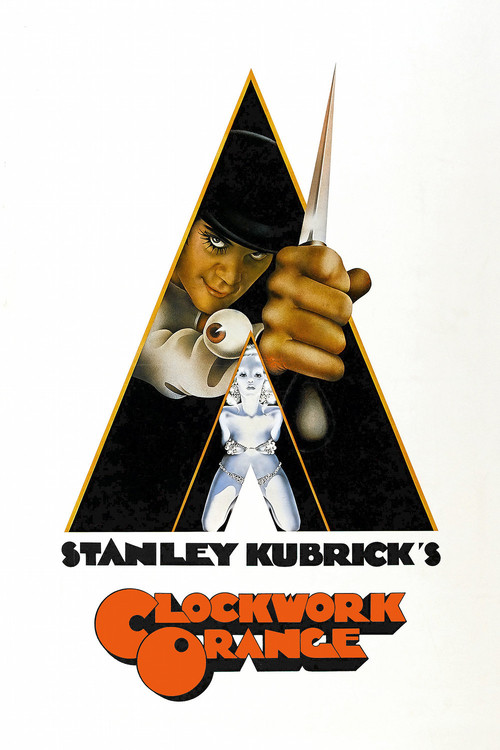 In the London of the near future, Beethoven-adoring hoodlum Alex (McDowell) and his gang of "Droogs" look for kicks of the ultra-violent criminal kind. After terrorizing a writer (Magee) and his wife in their home, and then bludgeoning a woman to death in her upscale digs, the arch, unrepentant Alex is finally caught and sent to a hospital, where he undergoes a controversial new form of behavior-modification therapy.

Based on the Anthony Burgess novel, Kubrick's cold, pitch-black satire of modern society received an X rating for violence on release, and was yanked from screens by the rattled director after several copycat crimes. Nevertheless, his chilly vision of a morally ambiguous future world picked up Oscar nods for Best Picture and Director. Outfitted in a bowler hat, white jumpsuit, and codpiece, McDowell gives an iconic performance as Alex, a gleeful connoisseur of brutality who enjoys warbling "Singin' in the Rain" while committing vile acts. A cynical but stylish sci-fi cult hit, "Orange" is a disturbing yet intriguing film, Kubrick style – that is, in a class all its own.

A Cottage on Dartmoor