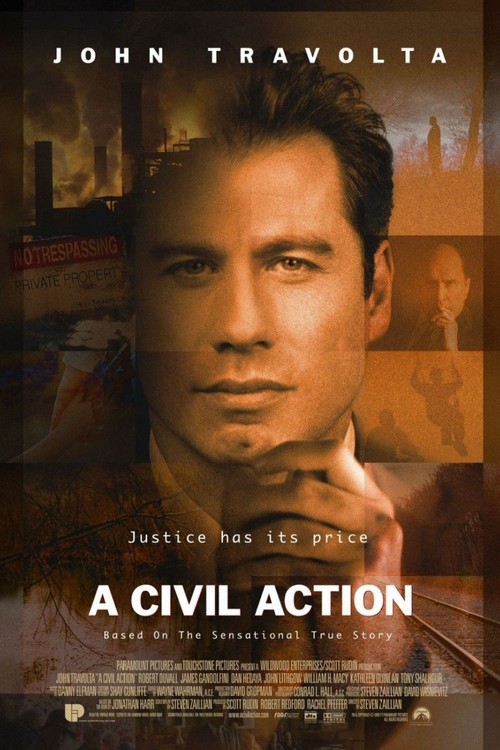 This fact-based film tells the story of Jan Schlictmann (Travolta), a personal-injury attorney who pursues a negligence suit against corporate titans W.R. Grace and Beatrice Foods. The companies have a joint interest in a leather-production facility in Woburn, Massachusetts, whose illegal dumping of toxic waste may have led to the deaths of several local children. Anne Anderson (Quinlan), the mother of one victim, decides to sue. As Jan immerses himself in this high-stakes battle, he wagers everything he has on a positive outcome, but his opposing counsel, Jerome Facher (Duvall), is widely regarded as one of the most brilliant, ruthless legal minds around. Is Jan in over his head?

Produced by Robert Redford and based on the best-selling book by Jonathan Harr, this gripping, literate enviro-action legal drama is the classic David and Goliath story — the little people versus big industry — told with gusto in a decidedly unpredictable fashion. "Action" features a stellar cast, notably John Lithgow as the trial judge, and and an Oscar-nominated Duvall as Facher. William H. Macy also distinguishes himself playing Jan's understandably anxious accountant. The story may sound dry on paper, but this engaging courtroom drama grabs you by the throat and never lets go.