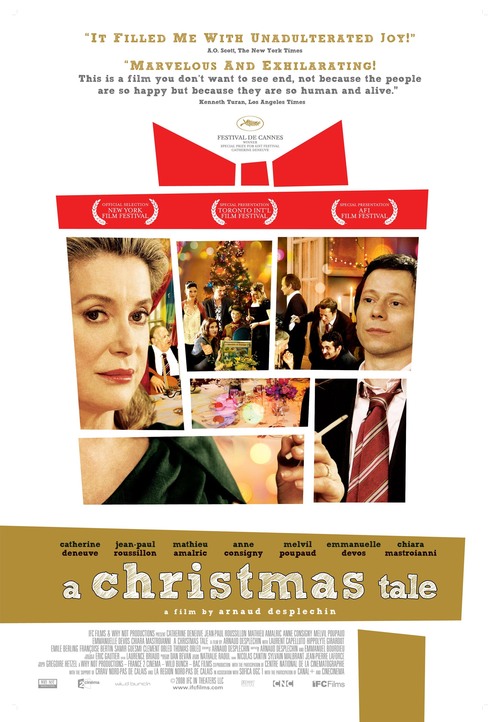 As the dysfunctional Vuillard clan gathers for Christmas, we learn that matriarch Junon (Deneuve) is seriously ill, requiring a bone marrow transplant. The only compatible family members: Junon's mentally fragile grandson Paul, and her alcoholic, ne'er do well middle son Henri (Mathieu Amalric). This situation forces an awkward reunion between Henri and older sister Elizabeth (Anne Consigny), who after settling Henri's debts years before had refused ever to see him again. Still unresolved is whether Junon will even undergo the transplant, and if so, which relative she'll choose to save her life.

Arnaud Desplechin's rich, bittersweet tapestry of one complex extended family forced to confront past conflicts resonates on multiple levels: it's at once a story about mortality, unresolved familial anger, and unconsummated romance. Though dealing with intense, often painful emotions, this ambitious film is shot through with warmth and a reassuring recognition of our shared, imperfect humanity, as if to suggest: better a screwed-up family than no family at all. (Look for Deneuve's real-life offspring Chiarra Mastroianni playing her daughter-in-law. Her resemblance to her late father is uncanny.)