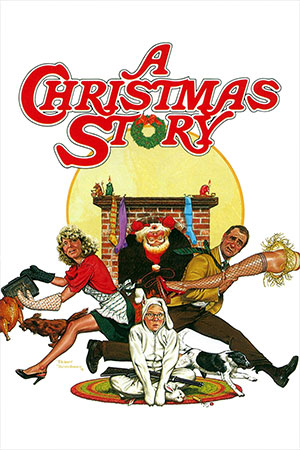 Growing up in a loving but eccentric Indiana family, young Ralphie Parker (Billingsley) is obsessed with getting a very special air-gun — the Red Ryder — for Christmas. Initially, his bickering parents (McGavin and Dillon) supply precious little hope, fearing he'll shoot his eyes out. Will Ralphie's desperate yearning wear them down in the end?

Based on a Jean Shepherd short story, Bob Clark's irresistible, often hilarious 40's-era holiday tale benefits from an immense heart, rich period detail, and quirky comic characters. In certain scenes — such as Ralphie's nightmarish encounter with a department-store Santa, or his parents' squabbling over an indecent lamp — Clark moves beyond nostalgia to lampoon the absurdity of the adult world. With note-perfect performances from the whole cast, Clark's "Christmas Story" is a latter-day holiday gem brightly wrapped with big laughs.