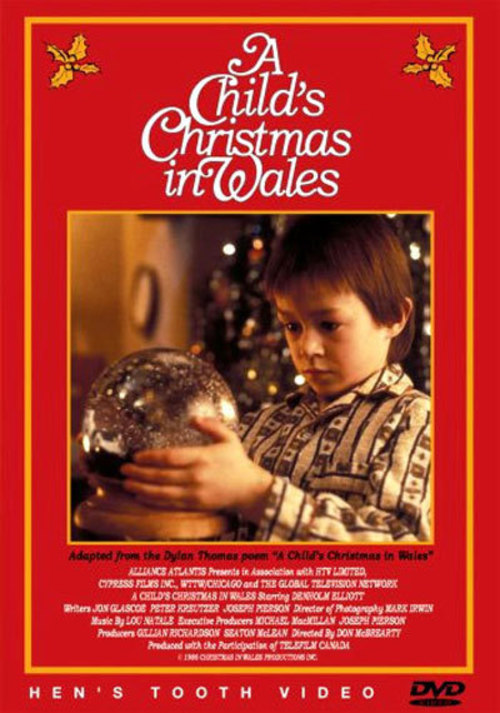 A Child's Christmas in Wales

Spending Christmas with his daughter's family, a grandfather (Elliott) reminisces with his enraptured grandson Thomas (Reeves) about his own boyhood holiday memories in Wales. During the course of the evening, he relives poignant wintry scenes in the company of bustling aunts and snoozing uncles, highlighting the magic of past seasonal gatherings.

Inspired by a Dylan Thomas poem, Don McBrearty's lyrical, heartwarming "Child's Christmas" is a simple, one-of-a kind piece originally produced for public television. Some of the language may be lost on the little ones, but it's so full of old-world charm and Yuletide spirit that it likely won't matter. Celebrating the special aura that holiday celebrations once had, this quaint, unadorned film is everything Christmas — and a Christmas movie — should be.