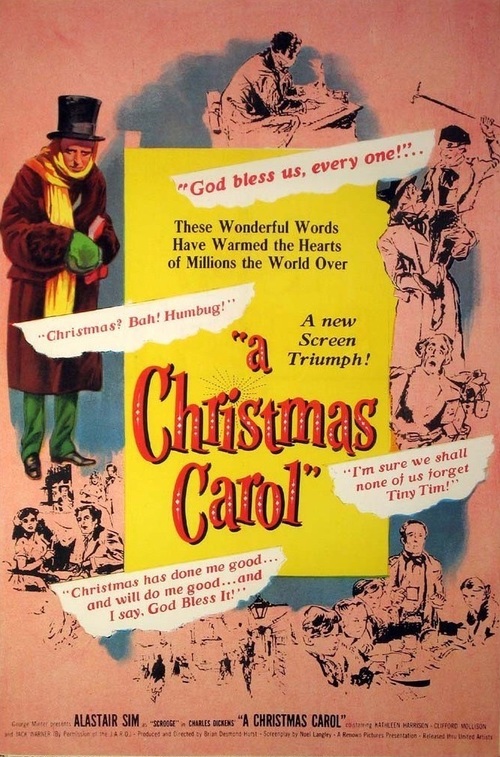 One Christmas Eve, miserly malcontent Ebeneezer Scrooge (Sim) gets a chance at redemption with some spectral visits, first by deceased partner Jacob Marley (Hordern), followed by the Ghosts of Christmas Past, Present, and Yet to Come. As the evening progresses, and he acquires harsh insights into his life and future, the sour skinflint transforms into a child-like, jolly man who resolves to use his remaining time and fortune to help those in need, starting with his own underpaid, browbeaten clerk, Bob Marley (Johns), and his family.

Based on Charles Dickens's most widely read and enduring story, this definitive 1951 British version, better known as "Scrooge," outdoes all others for atmosphere and, of course, characterization. The incomparable Alastair Sim, a gifted actor who seamlessly inhabits his role, makes you believe he is Scrooge. Skillfully directed by Brian Desmond Hurst, "Carol" is tight at roughly eighty-five minutes, yet remains extremely moving, with Sim's droopy eyes projecting all of Scrooge's terror, shame, and regret. By contrast, his outright giddiness at the film's conclusion will leave you feeling just the same way: very much in the holiday spirit.