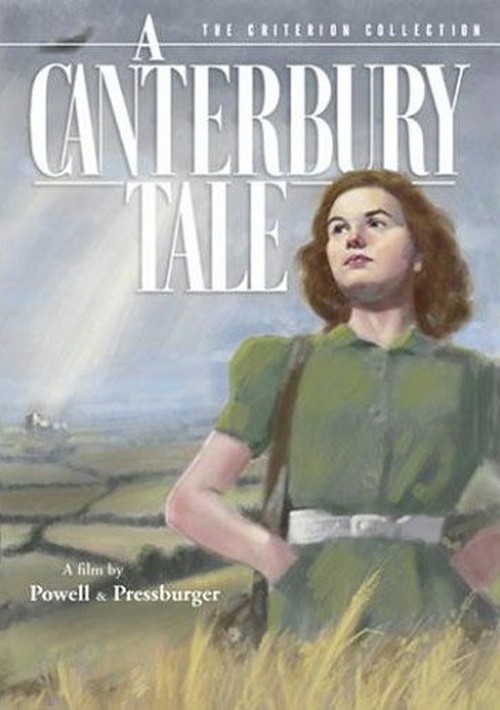 In August 1943, three travelers — American GI Bob Johnson (Sweet), London shopkeeper Alison Smith (Sim), and Royal Army tank sergeant Peter Gibbs (Price) — befriend each other on the road to Kent, a small rural village in England. Once there, they become mired in the effort to apprehend the glue man, a mysterious mischief-maker who's been dumping adhesive on the heads of young women seen in the company of servicemen.

Powell and Pressburger's quintessentially British (but otherwise hard-to-classify) fable takes its inspiration from the Chaucer tale of the same name, but transposes the action and characters to wartime England. Mesmerized by the quaint environment, the three pilgrims are drawn into a bizarre mystery, and eventually migrate to mystical Canterbury Cathedral, changed forever by the journey. Lyrical and spellbinding, "Tale" offers a sly commentary on the tension war creates in a small community, and definitely earns its reputation as an odd, fanciful, aggressively unique cinematic vision.

A Certain Kind of Death