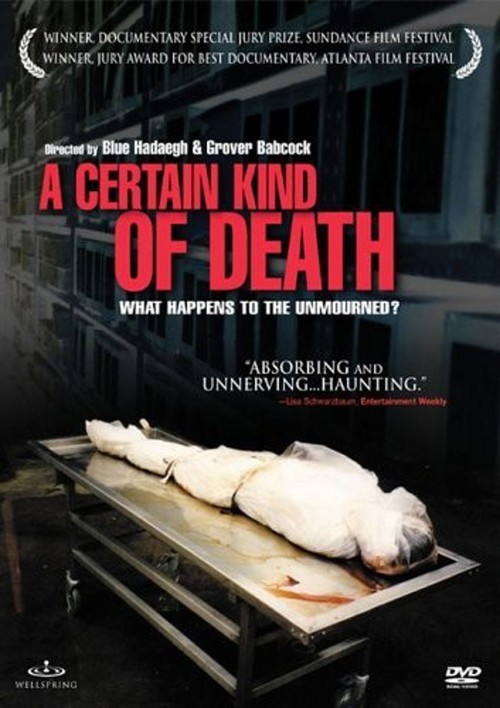 A Certain Kind of Death

This probing documentary goes behind the scenes of the bureaucracy that disposes of thousands of unclaimed human bodies every year. From the death scene to the crematorium to the lot auction of possessions left behind, we encounter the people and processes set in motion by the discovery of a dead person with no next of kin, and thus enter a kind of netherworld few people know anything about. Be prepared to meet no-nonsense crime scene investigators, coroners, gravediggers and more as you follow a few unlucky corpses to their final resting places.

This riveting, unflinching work puts the focus squarely on the often gruesome minutiae surrounding anonymous death. Functioning almost like a police procedural, this painstaking, undeniably disturbing film will educate you on the steps taken by a host of bureaus to locate next of kin, determine cause of death and liquidate belongings. Lest this sound like a recipe for tedium or depression, rest assured that the filmmakers' focus on the smallest of details, and eschewal of sensationalism, results in a creepily compelling viewing experience. You truly sense you're going where few living souls have gone before. Decidedly not for all tastes, and be forewarned: the film contains highly graphic imagery.

A Child's Christmas in Wales