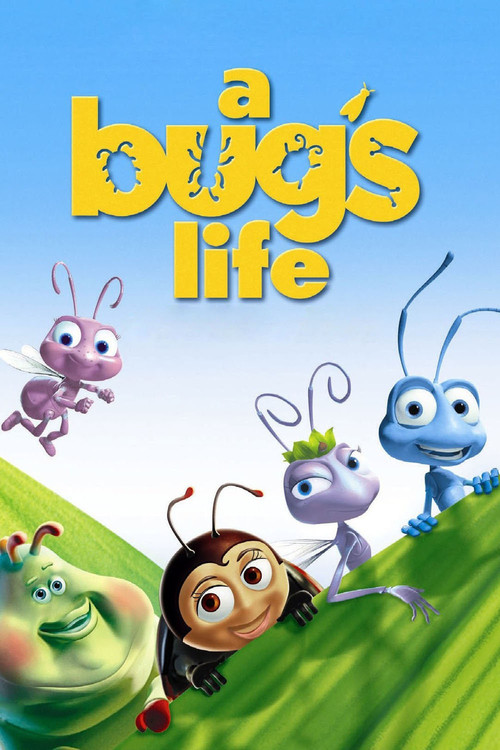 An ant colony run by Princess Atta (Louis-Dreyfus) and her mother the Queen (Diller) is in thrall to a ruthless gang of freeloading grasshoppers, led by the menacing Hopper (Spacey). The ants must provide the grasshoppers with food, or else. When enterprising Flik (Foley) accidentally destroys the "offering," the colony is thrown into chaos. To help the ants recover, Flik sets off in search of help. But the presumed "warrior bugs" he brings home are actually circus performers, including a male ladybug (Leary), a black-widow spider (Hunt), a stick bug (Pierce), and a butterfly (Kahn). If the colony is to survive, Flik must rely on his wits and leadership to free the ants from grasshopper domination forever.

Totally kid-friendly and very sweet, "A Bug's Life" is an utterly inventive mash-up of Aesop's fable "The Grasshopper and the Ant"and Kurosawa's legendary film "Seven Samurai." The animation is vibrant and imaginative, the cast is a who's who of comedic talent, and all the action is set to a charming, Oscar-nominated score by — who else? — Randy Newman. This was the first time a Pixar movie had "outtakes" over the closing credits, and they're hysterical. Film bugs of all ages will love this delightful animated feature.