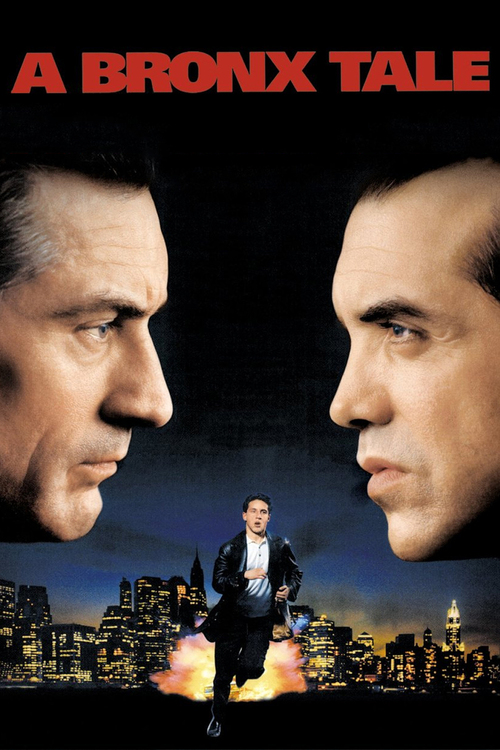 In the mid 1960s, Bronx-born Italian-American kid Calogero (Capra) hangs out with his buddies, watching neighborhood toughs make deals and settle squabbles. After he witnesses mobster Sonny (Palminteri) shoot a man in the face, he's told not to squeal — and he doesn't. Sonny takes a shine to the kid and offers his father, Lorenzo (De Niro), a job, but the proud, hard-working bus driver turns him down. As Calogero, now called C (Brancato), reaches adolescence, his relationship with Sonny deepens, causing tension with Lorenzo.

Adapted from a one-man show written and performed by Palminteri, De Niro's directorial debut resembles another coming-of-age New York mafia drama: "Goodfellas." But "Tale" is more nostalgic and less brutal than Scorsese's film, telling the simple story of a teen whose respect for his father's principles conflicts with the allure of a gangster's swaggering charm. Anchored by two excellent performances from De Niro and Palminteri, the film examines issues like family bonds and loyalty in the context of the socially turbulent '60s, when racism and xenophobia were rife; the conflict between the men is underscored by C's fledgling romance with a black girl (Taral Hicks). As a director, De Niro has a real feel for period details, which gives additional lift to this absorbing character study.