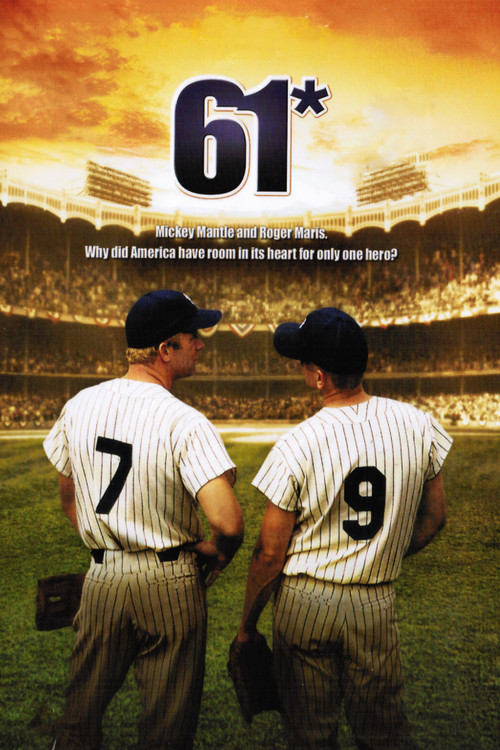 In 1961, Roger Maris (Pepper) and Mickey Mantle (Jane) were both starters for the fabled New York Yankees. One of them, the charismatic, outgoing Mantle, was universally loved, while the more reserved Maris was almost universally dismissed. Both men started off the season with a bang, and both were nearing Babe Ruth's 60 home run record. Which man would reach it?

"61*" takes us back to the famous race between Mantle and Maris to break the Sultan of Swat's longstanding record. In stark contrast to Mantle's reckless, effortless charm, Maris's evident discomfort with all the hoopla caused fans to turn against the shy, serious man who would end up going all the way that year. This — and the fact his achievement would always carry an asterisk denoting a longer season than in Ruth's time — would make Roger's triumph decidedly bittersweet. Actor/director Billy Crystal's well-known affection for both the game and the team permeates this reverent, affecting film from HBO, which scored at the Emmys with a whopping twelve nominations (it won two). Both leads turn in solid performances, and the resemblance to the real-life heroes they portray is uncanny. Congratulations, Billy — you hit a home run.