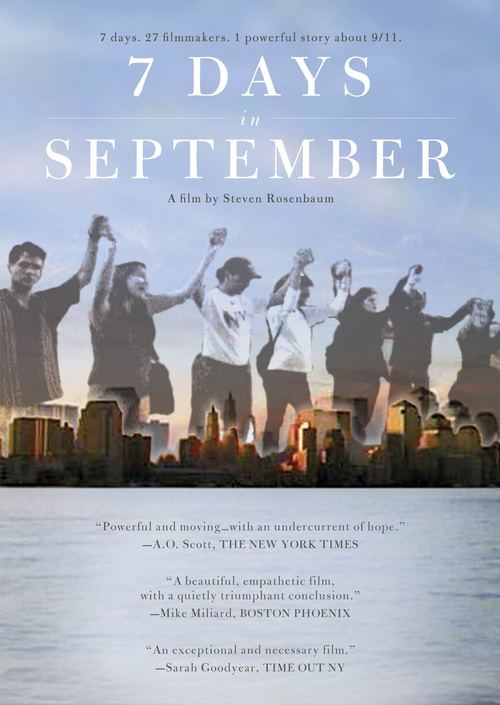 The tragic and traumatizing events of September 11, 2001 will be etched into our national memory for generations. But how did this act of terrorism affect average Americans? In this powerful film, Rosenbaum examines the whole course of events as they unfolded that morning, then hones in on more personal stories; we learn how the attacks affected a firefighter's wife, a Muslim family, an 11-year-old schoolboy, and many others.

Studiously avoiding maudlin sentiment as well as exploitative intrusion, Rosenbaum constructs his film around the voices of those whose lives were devastated in different ways by the suddenness and violence of 9/11. A portrait of grief and loss, as well as unexpected kindness, "7 Days" is as much a tribute to the victims as it is a testament to the indomitable will of New Yorkers to recover, recuperate, and rebuild.